Amazon adds a 5% Fuel and Inflation Surcharge to Seller Fees 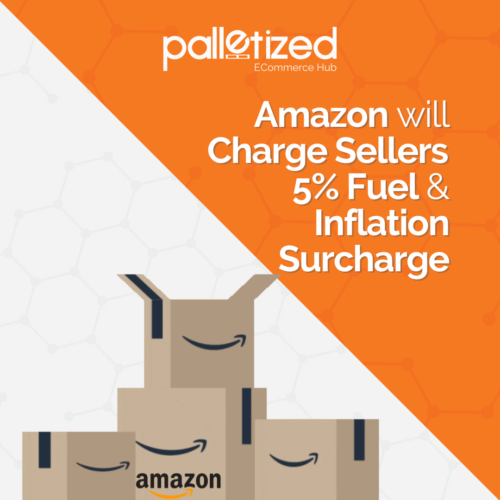 This surcharge comes amid Amazon’s struggles to retain workers and efforts to fight unionization.

Amazon will charge US sellers using its fulfillment services a 5 percent fuel and inflation fee for the first time. It will add the fees to what it already collects from third-party sellers using the Fulfillment by Amazon service to store, pack and ship their goods starting on April 28th, the e-commerce giant wrote on its website.

According to a notice to sellers, the increased fee will apply to all product types, including “non-apparel, apparel, dangerous goods, and Small and Light items.”

The fee covers the cost of customer service as well as picking, packing, and sending out a product with two-day shipping, an it will be increased on average by 24 cents.

Merchants who use the Fulfillment by Amazon service (which stores, packs, and ships their goods) pay a variety of fees in addition to the fulfillment rate that will increase at the end of April. In November, Amazon announced FBA fees were going up “to partially offset the higher permanent operating costs we face going forward.”

The move comes after months of concerns over inflation, at a time when Amazon has told shareholders it expects logistics and labor costs to increasingly eat into its sales. This fee increase is set to kick in the same week Amazon is expected to report its earnings from the first three months of 2022

3 ways to improve productivity with planning

The Crown Jewel Of Office Real Estate Is Coming To Retail

27 Advantages and Benefits of Coworking

The Fulfillment and its importance in the E-commerce